For this search criteria there is no result. 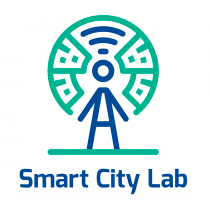 SCL is a triple helix collaboration initiative which is aiming at development, delivery and export of smart ICT and mobile based services and products in the following priority areas – Transport, Energy and Environment, Tourism, Healthcare and Wellbeing, Governance and public services. SCL is actively promoting international cooperation of Estonian companies, universities and clusters with relevant international counterparts.

SCL is the first and only acting living lab in Estonia that is focusing on collecting end-user feedback. At the moment we have a database of more than 300 test users who have signed up for testing on our web page and are committed to be the testers for different service and product prototypes and other relevant solutions that are tested in our living lab. The test users are continuously signing up with every new testing that we arrange.

Although SCL has only been in existence for a couple of years, there are ca 20 new product ideas developed, tested or in the pipeline. In addition to Estonian companies, Latvian and Swedish businesses have tested their products and services in the living lab. It is the vision of SCL to become one of Europe’s leading developers and exporters of urban e- and m-solutions. The respective focus areas include intelligent (public) transport, contemporary technical networks and infrastructure, tourism and recreational services as well as inclusive and effective governance services. SCL is convinced that collaboration between different regions creates additional value that benefits all parties involved. In terms of supporting internationalisation, the cooperation involves multiple levels. On the living lab level, the facilitation process starts with a prototype for a scalable new service. The prototype is first validated and tested in the local context and then moved to the cross-living lab level. This means that members from other countries help with testing the solution in living lab/ testbed settings as well as support them in getting the “foot in the door” with important stakeholders (city authorities, potential partners among other companies, etc). The next step, if the solution has proved to have wider potential, is aiming for global outreach – through an extended network of partners worldwide.

We have mainly been active in the following areas:

SCL is also responsible for several international cooperation projects of Tartu (Horizon 2020, EU Baltic Sea Region etc.) and coordinating the development of Baltic Sea Region Urban Forum for Smart Cities (BUF). This initiative aims to set up a competence platform for the purpose of identifying, adapting and multiplying good practices to build capacity and exchange knowledge, thus enabling the cities to become truly smart. Involving several substantial partners (i.e. the Union of the Baltic Cities and Baltic Development Forum, Council of the Baltic Sea States, 14 cities around the Baltic Sea etc.), BUF serves the interests and needs of the Baltic Sea Region and European cities and provides a systematized and organized forum for discussing modern challenges with regional urban actors that share similar issues as well as with those who offer innovative solutions and practitioners who have practical experience in dealing with specific challenges. By acknowledging that each and every country and city holds a high degree of local competences and creative potential, a wide avenue of smart specialisation opportunities can be harnessed so to encourage learning through this initiative. Thus, the cities that are already innovation producers can benefit from collective actions and economies of scale while the innovation followers will be able to kick- start the adoption and implementation of sustainable innovations and technologies. Thereby, BUF aims to bring together actors from more than 100 cities and towns, fostering a wide partnership that will play a great role as a vehicle for supporting urban areas so they could benefit from smart green solutions with speed and scale.

We have opened a Smart City Demo Centre in Tartu. The purpose of the Demo Centre is to demonstrate solutions grown out of the cluster and living lab to citizens, tourists, formal international delegations etc. Opening the Demo Centre will also give us a physical test site that could be used for end user tests.

Since its formation in 2006 ENoLL has labelled 440+ Living Labs. See the full list of Labelled Living Labs who are not active members of the network.